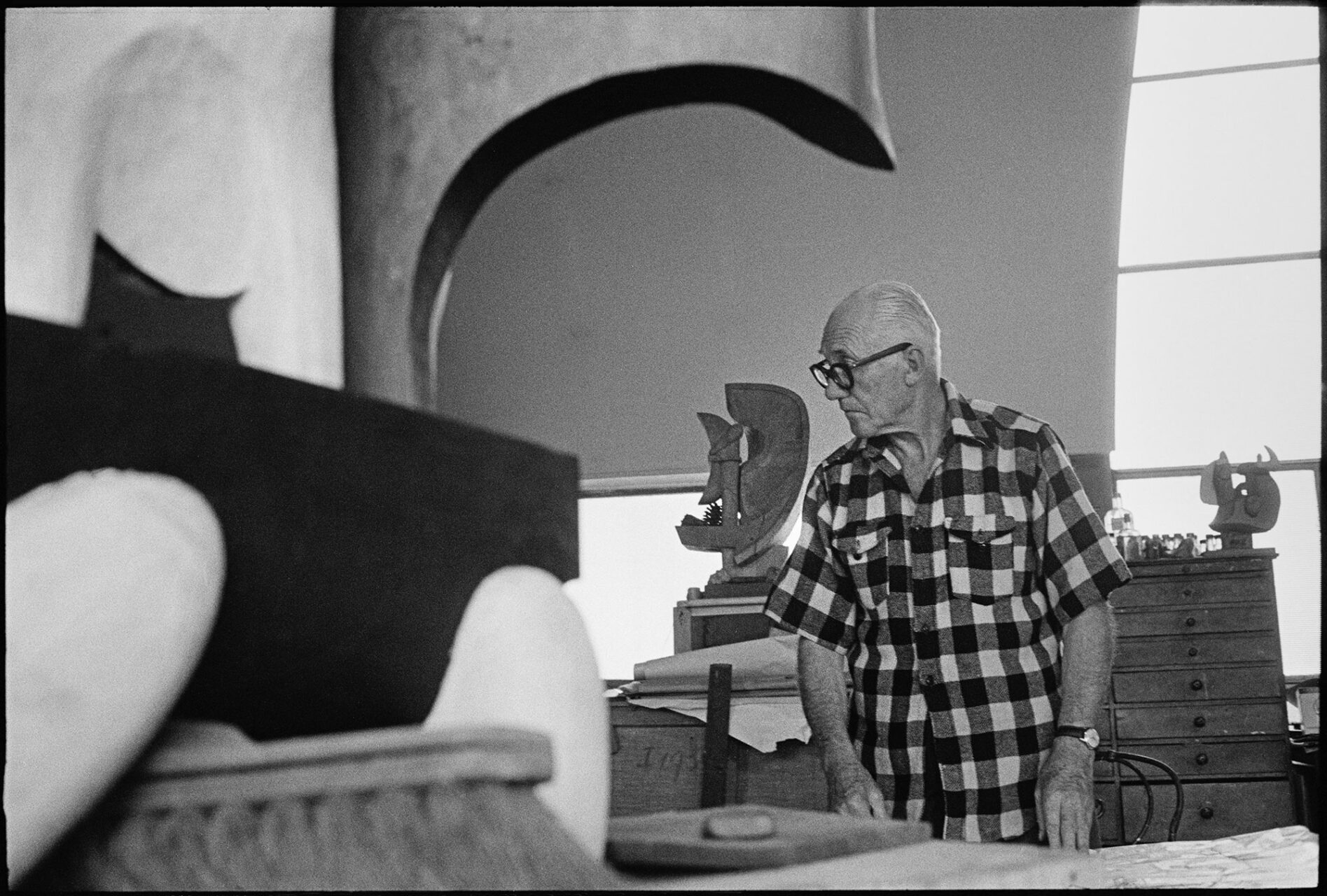 Swiss photographer René Burri (1933–2014) is considered one of the most important photographers of the 20th century. He completed his training at Zurich School of Applied Arts (now Zurich University of the Arts) in Hans Finsler’s legendary photography class. Through his portraits and reportages, Burri found his own pictorial language already at an early age. After a first meeting in 1955, Le Corbusier let him inch ever closer to him — initially in his office, later in his home and studio. Featuring 17 original photographs, the small permanent exhibition reflects Burri’s view — of both Le Corbusier’s work and person.